Typically, I feel as though I have two kinds of dreams.  One is some sort of processing activity – random images and feelings that are actually a decompression of my life experiences. The second are the dreams that seem to be something a little more. You know what I’m talking about: The dreams that seem like intricate stories or movies in your mind. The ones that come complete with sounds and colors and smells. The ones that actually seem to mean something.

Recently, I’ve been having some income work/creative work balance issues. That is, I am challenged by the time I spending on my writing obligations to others and my writing obligations to myself. I have blogged before on this topic, settling on the 10% theory, as a way of guaranteeing my creative funtime. But the 10% wasn’t working. I ended up spending way more time on my creative writing than I did on my income writing, or vice versa, and I was feeling deeply anxious about keeping up with everything. I needed some sort of plan beyond the 10% to help me right myself on the page. This was on my mind as I fell asleep a few days ago.

That night, I dreamt about a creepy insect. It would not leave me alone. It was everywhere: this giant beetle-like creature that I did not recognize and could not name. It infused my dream, like some sort of gruesome action sequence out of Indiana Jones and the Temple of Doom.

Upon waking (and resisting the urge to vomit into my pillow), I pretty much assumed that this was some sort of stress dream. Still, I was so perplexed by the pervasiveness of this insect in my dream that I had to sketch it out (which is an odd impulse for me since I draw like a worm). As I drew, I found that I kept wanting to add some sort of long appendage to the insect’s nose. I kept picturing it in my head, this black beetle with a…trunk.

How strange, I thought as I sketched. I wonder. Is there such thing as…an elephant beetle?

Google taught me a lot about the insect world that morning (and freaked me the frak out). I did actually discover the existence of said Elephant Beetle, an insect I had never seen before and probably would not be a fan of actually encountering. (I can’t even look at this image for very long without cringing in my desk chair). 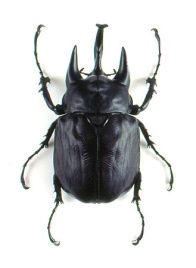 The Elephant Beetle was a perplexing discovery, as the picture is remarkably close to my own kindergarten rendition of my dream beetle. My logical mind had been under the impression that dreams could only consist of images I had actually experienced in my waking life. This must be some magical message from the universe, I decided. Maybe it was a warning of danger to come. Maybe it was a sign to pay attention to where I am walking. I decided to delve further.

I paged through the Google listings, discovering oodles of information on Elephant Beetle native habitat (not California, thankfully), flight activity (WTF, these things fly?), and their potential to be weaponized (“future sci-fi thriller material,” I note in my journal).

Then, Google eventually led me to a hit on YouTube which caught my eye. It was entitled “The 6 ‘P’s to Overcoming Procrastination.” I was intrigued. Why in the world did this come up on a search for information on Elephant Beetles?

I started watching the video. It was good, full of interesting techniques to deal with procrastination. Okay, cool. Just when I was about to switch it off, at about the five minute mark, there it was.

All of a sudden, I knew why I dreamt of this creepy critter.

According to Kirsty O’Callaghan (who has the most amazing Australian accent, by the way), if you are having trouble balancing your necessities with your funtime, the first order of business in the morning is the thing you don’t want to do. There’s always that one thing that you have to do but you would much rather put off. Do it. Because after you do it, you will be free from the burden of it for the rest of the day, leaving your mind open to enjoy and explore.

She calls this “eating an Elephant Beetle.”

When I read this, something clicked in my head. Was this the answer to my balance frustrations? I thought about her advice. Yes, I could still spend my first 10% creatively – journaling, meditating, whatever I needed to do to wake up and feel grateful for the day. But the next step was not necessarily to delve into my creative funtime projects. The next step is to eat an Elephant Beetle.

It makes a lot of sense. Part of the reason we creative types resist the urge to indulge our projects is that we always feel the weight of something more pressing in our list of obligations. We try to compartmentalize, but sometimes it bleeds into our work without us being able to stop it, and all of a sudden we are making a “To Do List” in the margins of our morning pages. Perhaps if we spend the first task of the day eating our Elephant Beetles, they wouldn’t come creeping and crawling into our creative writing (or in my case, my dreams).

Maybe I will keep this Elephant Beetle picture by my computer each day until I actually finish whatever it is that would qualify as “eating” one. Then, I will give myself permission to turn the picture over and get to the things that fill my soul. Because, honestly, this picture terrifies me.

But it doesn’t scare me as much as not actually getting to write today.

Dream work, creative work and the illustrious Elizabeth Kemp (one of my grad school acting profs)

Do you have any suggestions for links to dream interpretation? Please comment below. 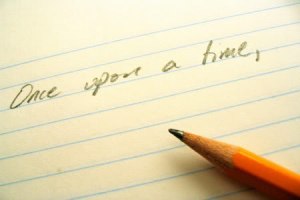